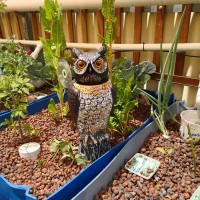 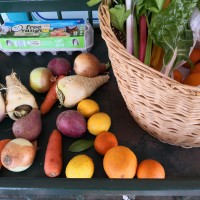 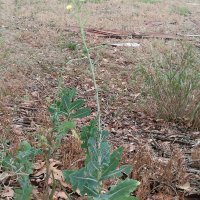 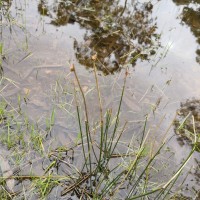 Hopefully lots and lots! Baby mushrooms that is… A while back, I did a workshop at Slape’s Mushroom House and learned all about growing King Stropharia mushrooms in the garden. When I was there I bought a bunch of Blue Oyster grain spawn that I added to pasturize sugar came mulch and jammed it into 2 buckets (larger than last year’s). These stated in the laundry, getting light from the indoor hydro setup that I had already in place We had a little patch in the front yard all ready to go for the King Stropharia, but then I had to dig through it to get to a pipe that was causing trouble. That meant the mushrooms couldn’t go there. So, I pasteurized another bunch of sugarcane mulch with boiling water and put it in the largest container I had laying around. I made two airholes in the container, one in the lid and one on the end. These I

You’ve all probably seen my other posts on culturing Lactic Acid Bacteria or LAB (sorry, not your sort of LAB, Athena). We culture the little fellas for our Bokashi setup. Today I thought about trying a different approach…culturing the bacteria from Yakult. For folks who don’t know, Yakult is a health drink made mostly from water and the Shirota strain of Lactic Acid Bacteria. It’s very common and ridiculously cheap in Asia and not so common and equally ridiculously expensive here in Oz. Now, I’m assuming that this experiment won’t work because the Yakult people probably sterilize or pasturize the final product. However, having some knowledge of how bacteria feed and incorporate DNA from their food source into themselves if that DNA is more efficient, I reckon it could still be worth a shot. All I’ve done is get 2 clean jars, fill them with 200ml of milk and add 1 tablespoon of the culture to them. Then the jars

For a while I’ve been using the white wool filter material in the filters on the media beds. This stuff is really only for small applications like indoor aquariums so keeps clogging up and compressing. That means that the water just runs off of the top of the compressed material and doesn’t filter. Sooo Im trying this spongy blue material, which is available in sheets and I’m cutting it to size to fit 10 cm (4″) plant pots in which I’ve cut extra holes to improve the outflow. This stuff is much coarser than the filter wool and hopefully, changing it will reduce the number of times I need to clean the filter material. I can be put in finer filter material after this later if this works. Wish me luck!

After the success of the plastic Owl in the backyard, I decided to go one step further and grab us a flying one.  These are quite a clever design, essentially they’re a plastic Owl head on a windsock with wings that stretch a metre wide.  I’ve installed it on a 4 metre length of electrical conduit but need something a bit more rigid. After it was installed, we had some very strong winds and the conduit swayed way too much.  To test it, I installed it near the chook run and they all huddled in a corner making alarm sounds. Sorry girls!  Then I placed it in where it was in full view of the bunnies and they promptly moved to the back of their cage. Sorry again!  So we know it scares critters, now to get some steel and make it a permanent fixture to scare mice and pest birds away.  Who knows, it might attract some Owls…