Posted on February 25, 2018 by ligayagardener 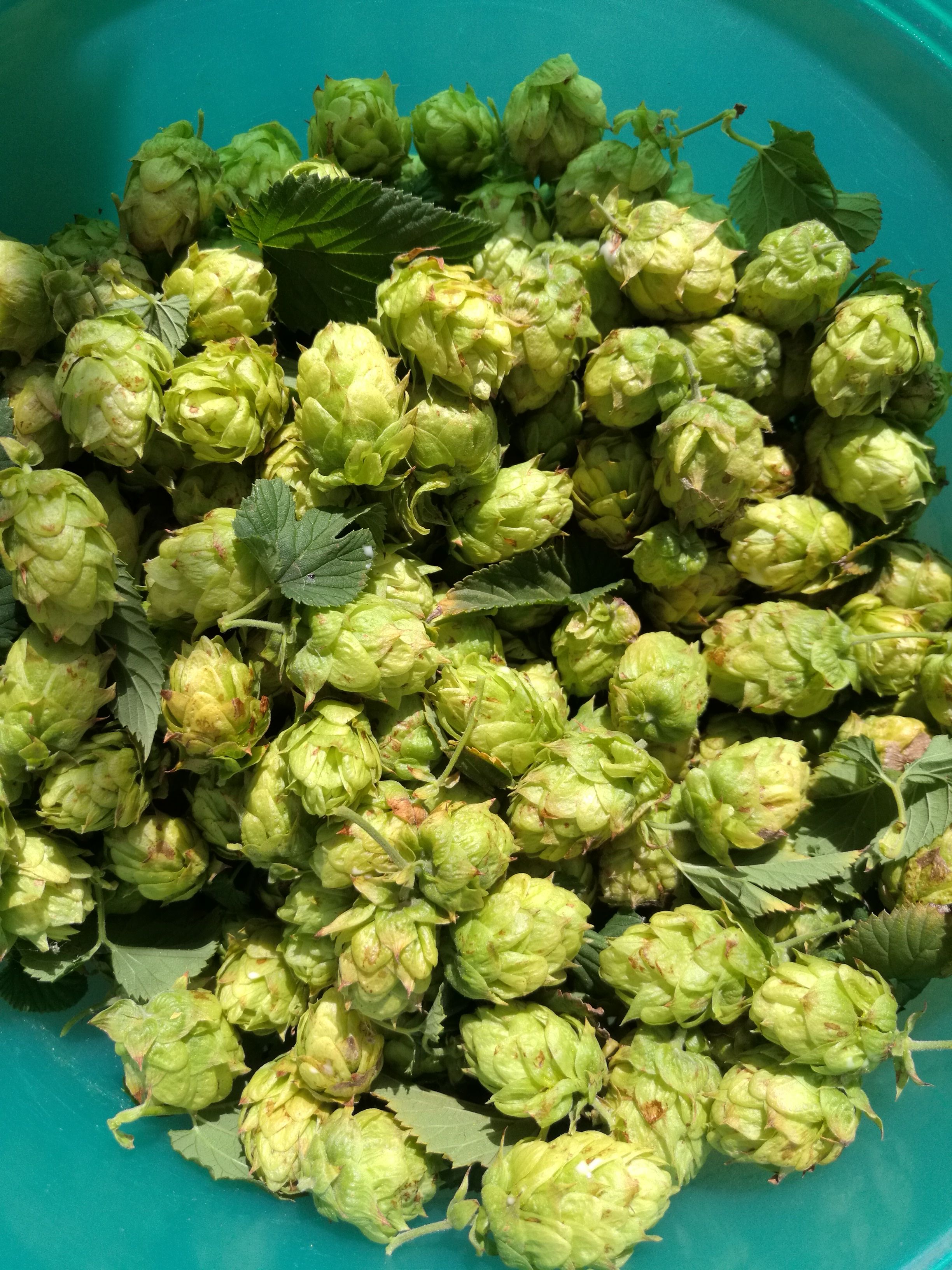 A bowl of sleepy goodness

Our ‘year of firsts’ continues at Ligaya with our first Hops harvest!

Last year, our friends at @haphazard-hstead posted on their Hops harvest with some great advice on when to pick them. So I’ve been waiting until the signs were right and decided that today is the day.

I’ve been waiting for the flowers (or cones) on the bines (no, that’s not a typo, they’re really called that) to open and dry out until they are like parchment and bounce back to their original shape when compreseed.

It took only a few minutes to harvest a good bowl of full Humulus lupus flowers as our vine is relatively small, not one of the monsters that can grow. We’ve been using it for some much needed shade on our verandah over Summer.

There are many varieties of Hops, it’s a plant thats been widely domesticated. Our varierty is known as ‘Pearl’ and is the one that German settlers bought over in the early days of South Australia for use in their own beer making. It came to us from our friend and local herbalist Bev Lane (you old name dropper, Malcolm…). Our Hops variety is ‘Pearl’

So, besides being well known in beer making, what good are Hops?

We use Hops as an herbal remedy. It is a great one to induce sleep and relaxation. In herbalism, it is what is known as a ‘soporific’.

A cup of tea before bedtime works wonders. Some folks even put the flowers in their pillows or make special herbal pillows to sleep on.

Personally, I use Hops tea regularly for anxiety problems, a cup every couple of days relaxes my nervous system and actually gives me energy because my body isn’t fighting its own tension. Just the smell of it is enough to help me wind down.

I also recommend it to folks as a pain killer when their pain is called by stress or tension. Often its relaxing properties can relieve spasm and cramps too.

Next year, we are going to eat some of the many shoots that grow up through the soil. They are said to taste like asparagus. Hops vines are very vigorous and I don’t think ours’ would begrudge us one or two… 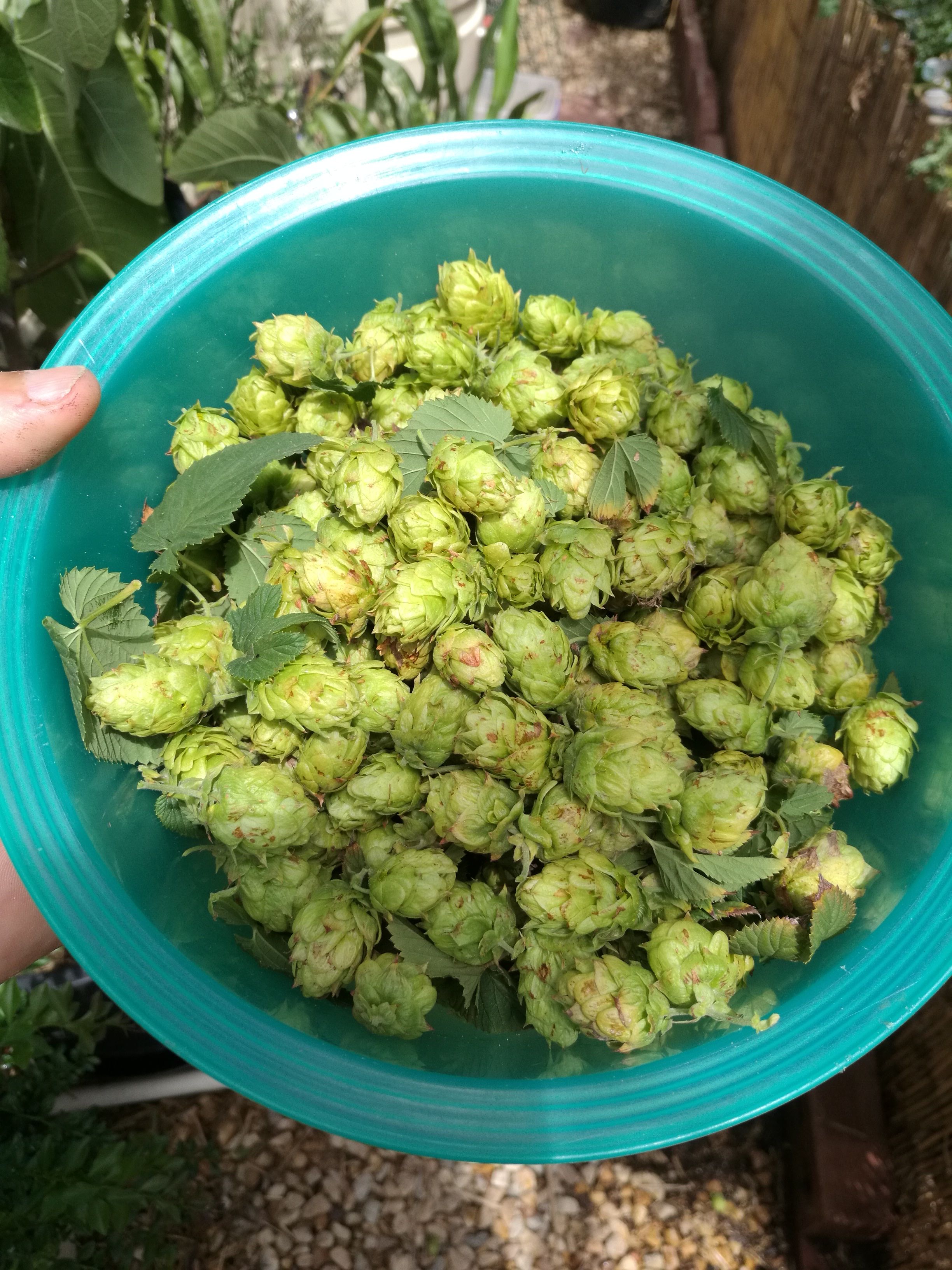