…and the kitchen sink!

Posted on January 2, 2018 by ligayagardener 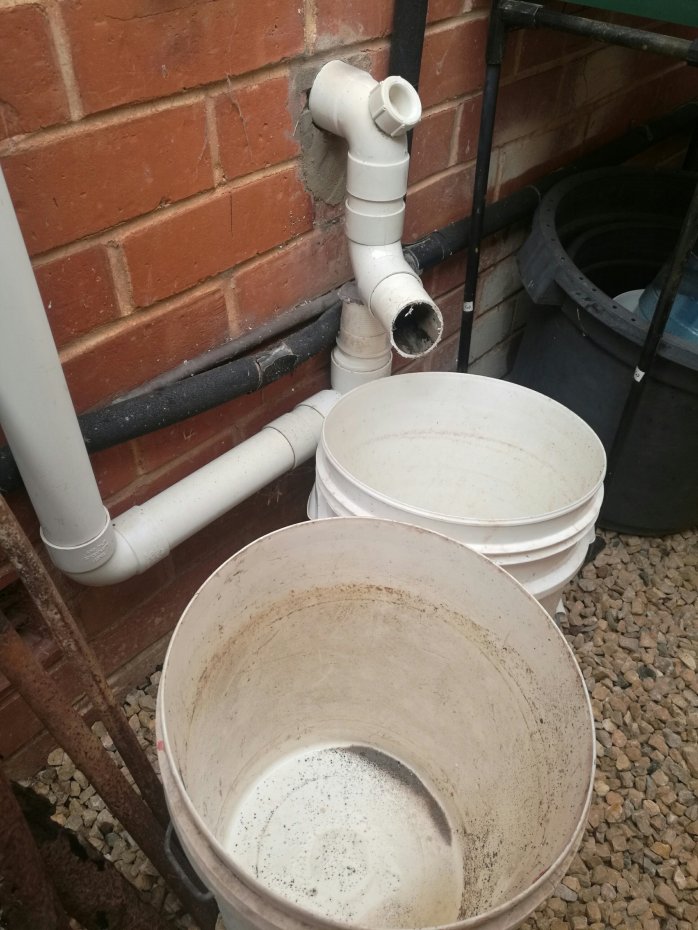 We’ve got water use, catchment and distribution in the garden under control, now it’s time to learn about recycling our greywater from the house.

To that end, I’ve disconnected the drain from the sink and run it into buckets. A couple of days of measuring showed that we were throwing away around 21 litres a day!

That’s quite a bit when projected over a year, 7665 litres in fact! Put another way, it’s nearly 8 of those square white IBCs. All for washing up and preparing food. Wow!

What to do with all that water?

At the moment, we’re catching it in buckets and putting it on the garden but, you know me…I’ll find a way to make the system automatic (or at least fairly labour free).

It is grey-water, so even though we use environmentally friendly, phosphorus free, dish washing liquid, it’s not the best for drinking or adding to the aquaponics so onto the garden it goes.

The plan is to allow the water to settle in the bucket so suspended food scraps sink to the bottom them pour the bulk of the water onto the garden while the bottom couple of inches goes into the worm farm.

Like anything, its best not to add too much in one place, so the water won’t go onto the same part of the garden two days in a row. I plan to follow the same system that we implemented with the Bokashi Dog Poo Digester and cycle it in diagonal opposites around the garden. This should allow the soil biota time to break down all the fats, oils and soaps into a form that the plants can use.

If we had the space, I’d install a reed bed or small wetlands system. Maybe I can work out one in some small space thats not being used, or a vertical wetland.

← The garden’s growing to live up to its name
Gary’s got a new home! →

3 Comments on “…and the kitchen sink!”