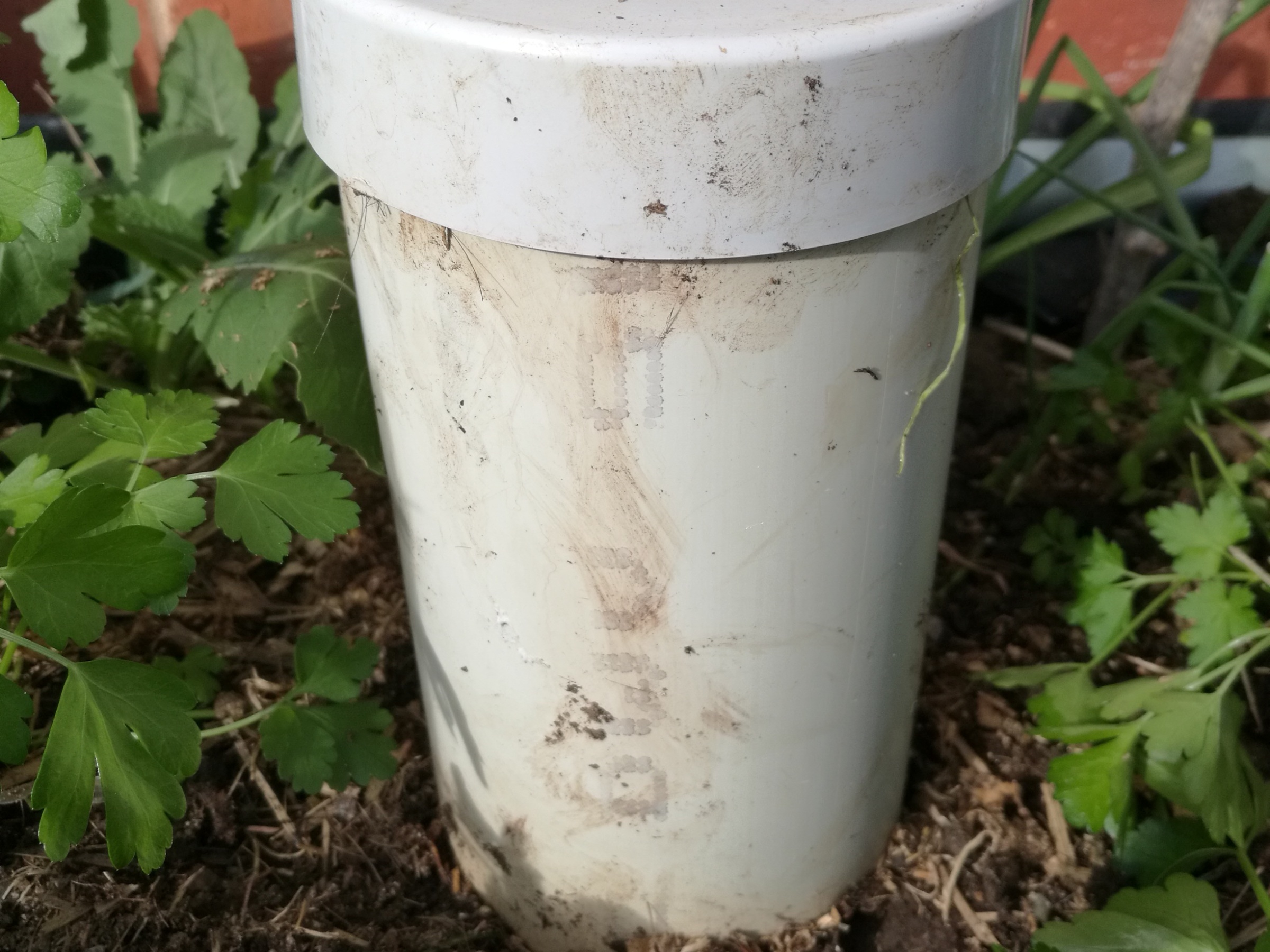 Worm towers are a handy addition to garden beds and can substitute for a full worm farm if you have little space or don’t have the cash to buy one. We have one in each of our smaller wicking beds and two in our longer bed as well as a few larger ones scattered around the garden in the soil. These we move from time to time but are mainly there as refuges for the worms during extreme weather. When we were first planting, each group of plants had its own worm tower to help get them established.

They’re very simple to make and allow you to add food scraps and green waste directly to the bed where the worms will take care of breaking it down and distributing the goodness.

The size will vary depending on your beds. For our purposes, I used 600mm of 90 mm PVC pipe.

The bottom 100mm has lots of holes drilled into it and this layer is put below the soil line. I put it so the bottom of the pipe is 150mm below the soil level. This layer allows the worms to move in and out of the tower and spread their goodness to the soil mix. Compost worms don’t like to go much more than 15 cm below the surface, so 150 mm is perfect.

The rest is above ground. I put a cap on ours, some folks don’t, but we have rats and other things of the night around that like to feed on veggie scraps. We have a friend who covers hers with old shower caps – that really brightens things up in her garden.

How to use a worm tower

Start the tower off by 1/4 filling the tower with worms and castings taken from an active, healthy, worm farm. Add a couple of handfuls of finely chopped kitchen scraps and a little water. Cover the tube.

The the worms will compost the scraps and move from the tower into the surrounding soil for exercise and to lay their eggs. The compost worms won’t live out in the soil, but just sojourn there at their leisure. They’ll return to the tower to eat and live. I’ve added a few earthworms to the beds, just to keep mixing things up a little

The worm juice and castings will make their way into the surrounding soil and make for happy, happy plants. The worms also help aerate the top of the soil, improving oxygenation and permeability to water. As a bonus, the slime that the worms leave in their tunnels during their wanderings is full of microbes that benefit the soil greatly.

If you want to learn more about composting with worms, click here to be taken to our ‘Compost Worms‘ page.