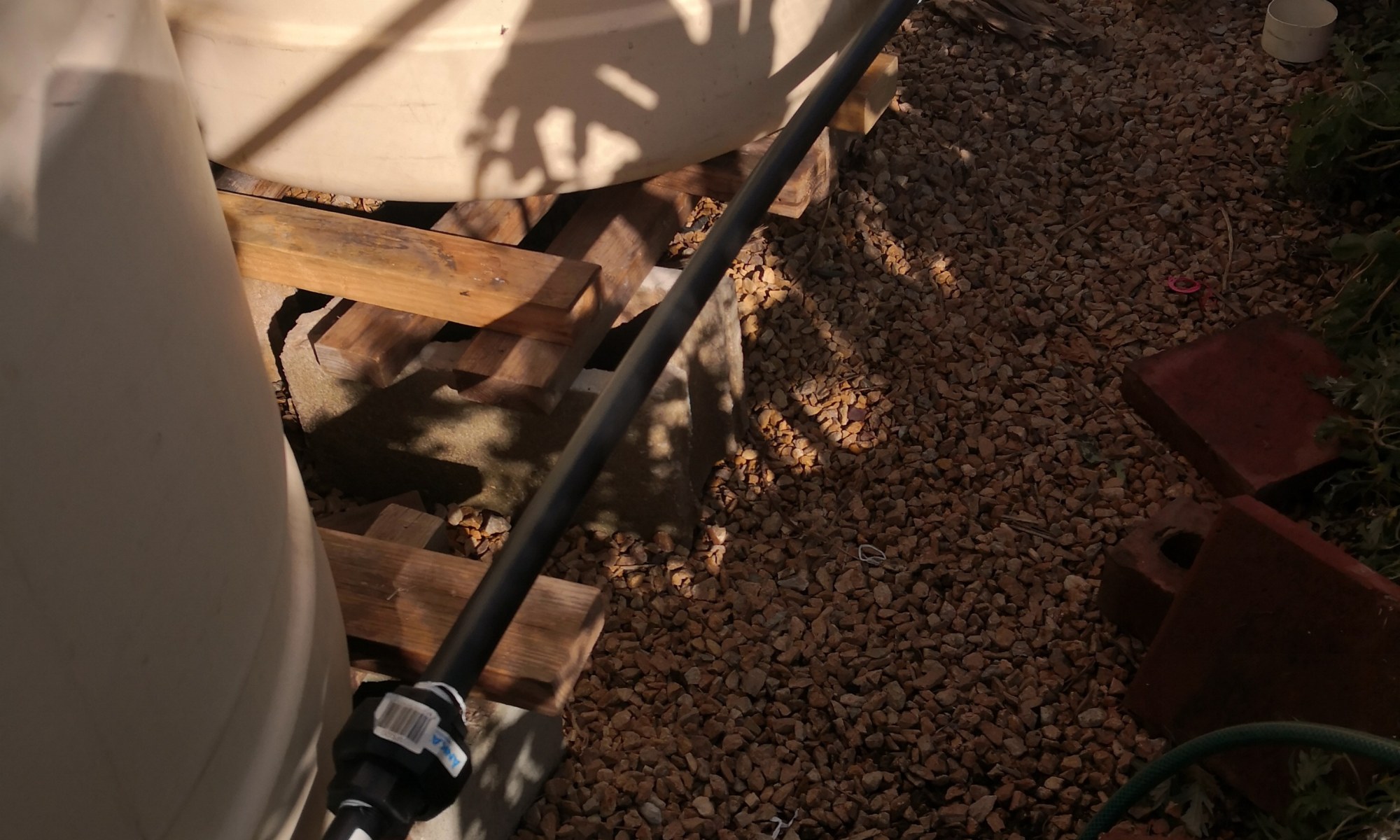 Lon and I spent a lot of yesterday with the two rain tanks at the front of the house.

We raised both tanks a little for more water pressure in the garden, simplified the pile of bricks, wood and old tiles that were supporting one of the tanks (I did a quick and dodgy job three years ago when it was only a ‘temporary’ thing).

The main purpose of the day was to reduce the number of taps and to add a pipe to balance the water in the  two tanks and to let us use just one tap for both. We also managed to make it so that the tap now points downward instead of outward where folks could catch their shins on it.

These jobs were planned to be finished in an hour or so. The idea seemed pretty straight forward. However, I thought that all the threads on all the pieces would need to turn the same way but the final piece (whichever way we assembled it) needed to turn the opposite way to allow the nipple in the tank to connect with the next piece.

We spent ages trying various permutations to no avail, getting grumpier as we went. Then I wandered back to Mitre 10 to ask about a solution.

There was one, a piece called a barrel union that allowed two opposite threads to be connected. It cost me an extra fifteen bucks but the problem was solved.

We also extended the downward length on the first flush diverter to hold more dirty water from the roof.

It was a big day but the system for catching, cleaning, storing and distributing rainwater in the front garden is just that little bit more efficient.

2 Replies to “Balancing the tanks”