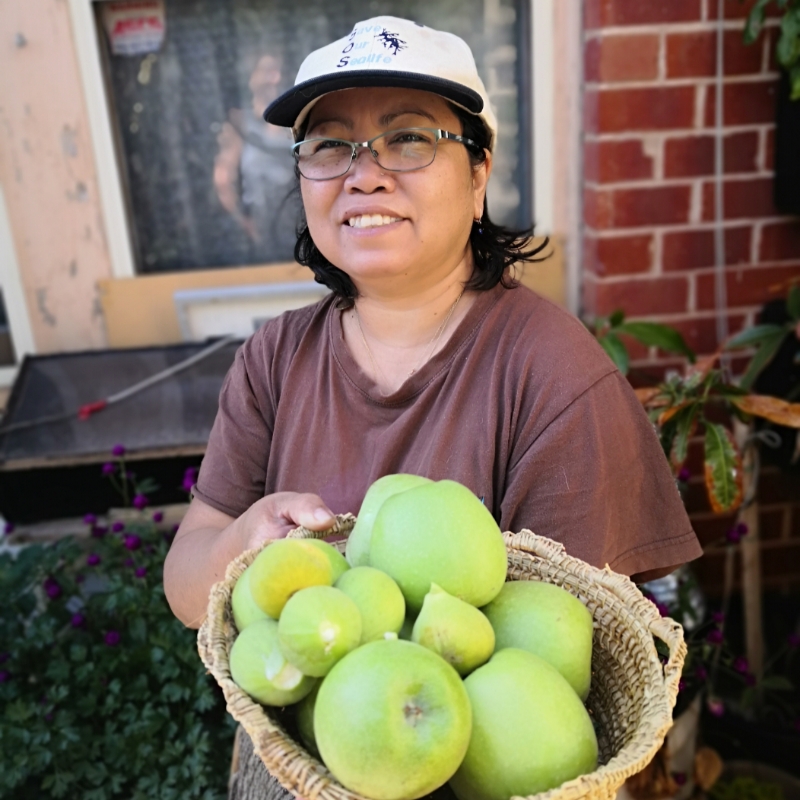 I’m jumping on the bandwagon (or is that the farm wagon?) and writing a few posts that will form an easy guide to vegetable growing so that folks can grow some of their own food at home. The is the first on an unspecified number of pieces that will cover some of the basics in my usual style of not overthinking things and getting bogged down in too many technicalities. There’s lots of folks on YouTube who can do that for you.

Why do it at all?

The Coronavirus pandemic has highlighted a few cracks in our usual way of life. Supplies and, in some cases, sanity, have come up short and we need to do something to adapt.

It’s been said that, without a regular top up, the supermarkets that most folks rely on only have enough goods on the shelves and in warehouses for around three days of business as usual.

Toilet paper aside, there were a number of things that left the shelves pretty quickly – rice and pasta being two that spring to mind. These posts won’t have you growing rice or making your own pasta but they will help you to provide for your family some of the tasty goodies that go with them.

This is the time we should all be looking to secure our supply chains for food. We’ve seen what panic buying can bring and can be pretty sure that it will happen again. This time, in South Australia, we were lucky that the trucks kept running. In some parts of the world, they stopped.

Imagine if this pandemic occurred  in the dead of a very wet, stormy Winter or a prolonged heatwave in Summer and you didn’t want to or just couldn’t go to the shops. Suppose you were caught short as the banks stopped distributing the money they held for people. Imagine if you were one of the unfortunate people who got sick during this contagion or the next or the one after that. Any of those things could happen as easily as not.

Even the food banks and charity organisations rely on the generosity of food suppliers and wholesalers to keep topped up so that the unfortunate folks who can’t afford a good meal or a weekly shop can make it through. If their suppliers have no supplies or are keeping it on their own shelves to keep their  business moving, then there would be nothing for the charities to share out. If the trucks aren’t running, deliveries cease.

How would you cope?

We were lucky this time because our government panicked and threw a lot of cash around. A ‘stimulus package’ it was called. They didn’t do it because people were suffering, they did it because the economy was suffering. It was an economic, not a philanthropic gesture. And it was our money anyway. Anyway, it helped a lot of folks get food and medicines.

How can we cope?

When we start to connect,  we can begin to realise that so many resources already surround us;  we might begin to wonder why we never started before. Once we realise that a lot of our foods aren’t produced locally then we may start to see a solution. That solution is simple. Grow locally. Once we realise that some of our favourites are bought in from other states or countries, we may see that that solution is more important than ever. Once we start to acknowledge the seasonality of plants and realise that some of those favourites travel many many kilometres so that we may have them all year round, we may begin to accept seasonality of supply.

Start by asking around about what people successfully grow. If there are farms in your area , see what they grow and when. You don’t need to learn a whole year’s crop rotations, just look at what is growing now. That can give you many ideas about what to grow and when to grow it. It can also give you ideas about what not to grow or when it shouldn’t be grown. Once you get to know the growers in your area and what they grow, you may even learn that some stuff is grown in such large quantities or available so cheaply that there’s little point in you growing it except for the convenience of not needing to pop out from time to time to the shops.

We take this view when it comes to potatoes and carrots. They are grown locally in such huge amounts and are so cheap that we decided early in the game not to grow them at Ligaya Garden but to buy or trade for them.

Later, when you have mastered the art of growing something to the point that you can harvest and eat it, you may decide to grow an excess so that you can sell it or share it with other people. That’s when things really start to get interesting. At that point you start to actively engage with the local, informal, economy as a producer, not just as a consumer..

Generally, unless you grow from saved or shared seed, you won’t be able to grow food more cheaply than you could buy it in a supermarket. There’s no way that you could, for instance, grow a big and beautiful Iceberg Lettuce for the eighty cents a piece that I saw them selling for last Summer.There are a lot of inputs needed to get your garden started, usually they much of it can be found, scrounged, swapped or bartered but there will usually be some money that needs to change hands somewhere along the road. If you are short on time, that monetary outlay can be bigger but it doesn’t always need to be great unless you want it all up and running in a hurry.

But there are advantages, big advantages. I like to rank the feeling of satisfaction and accomplishment that I feel from eating something we’ve grown ourselves as the number one advantage. It is empowering and we all need a little empowerment. Then there’s the education that comes from growing a living thing. Other advantages follow quickly – less food miles, reduced greenhouse gas emissions, no pesticides or artificial fertilizers (unless you decide to use them), you can be sure of the freshness and the improved nutritional content of things grown yourself. There’s less obvious advantages – the convenience of not needing to carry as much home from the shops as you used to, maybe even the convenience of not going to the shops as often. No car parking, there’s less packaging, less listening to muzak and less exposure to advertising too. All winners in my book!

Are the reasons to grow your own food starting to stack up? I hope so. In part two, we’ll get down to some of the nitty gritty. Keep your hand sanitizer handy!

4 Replies to “Getting to growing #1 Introduction”