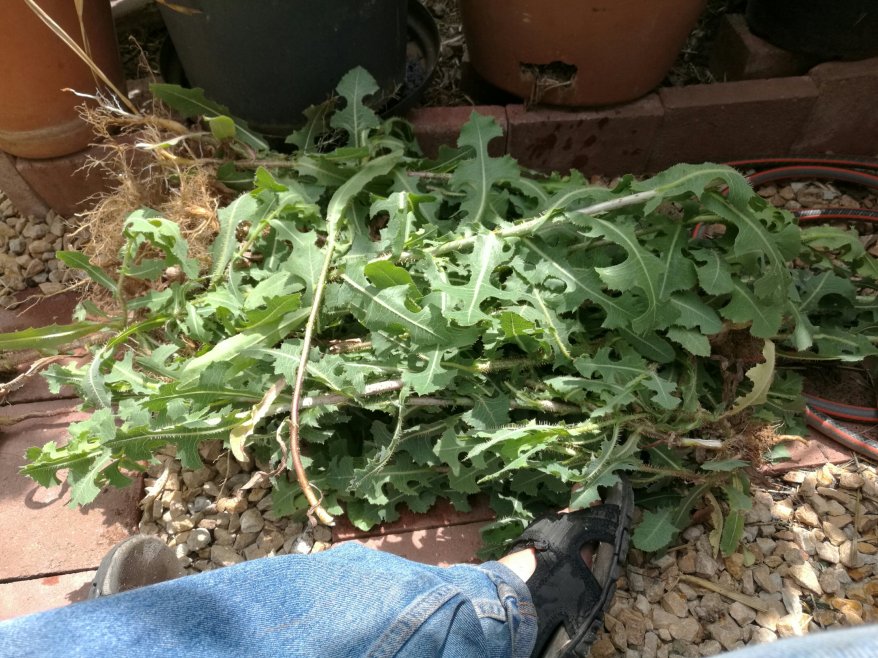 A whole pile of prickles!

There’s so many folks I run into lately who are suffering from constant pain. Most of them are on some heavy duty pharmaceuticals and don’t like it.

I decided to jump the gun a little today and make up some Wild Lettuce (or Prickly Lettuce) – Lactuca serriola tincture for them. Actually, I’m not allowed to use the word ‘tincture’ so, let me say ‘Prickly Lettuce infused alcohol’.  I think that should be OK.

By ‘jumped the gun’, I mean that I made it a little earlier than usual. The plant is at its most potent when flowering. The patch we collected from today had a few flower heads forming, so it was close enough. I’ll make more later.

Mercy helped me pick out the best.

Mercy, as always, was full of advice about which bits to use. She’s usually right about most things, so I took her word for it. 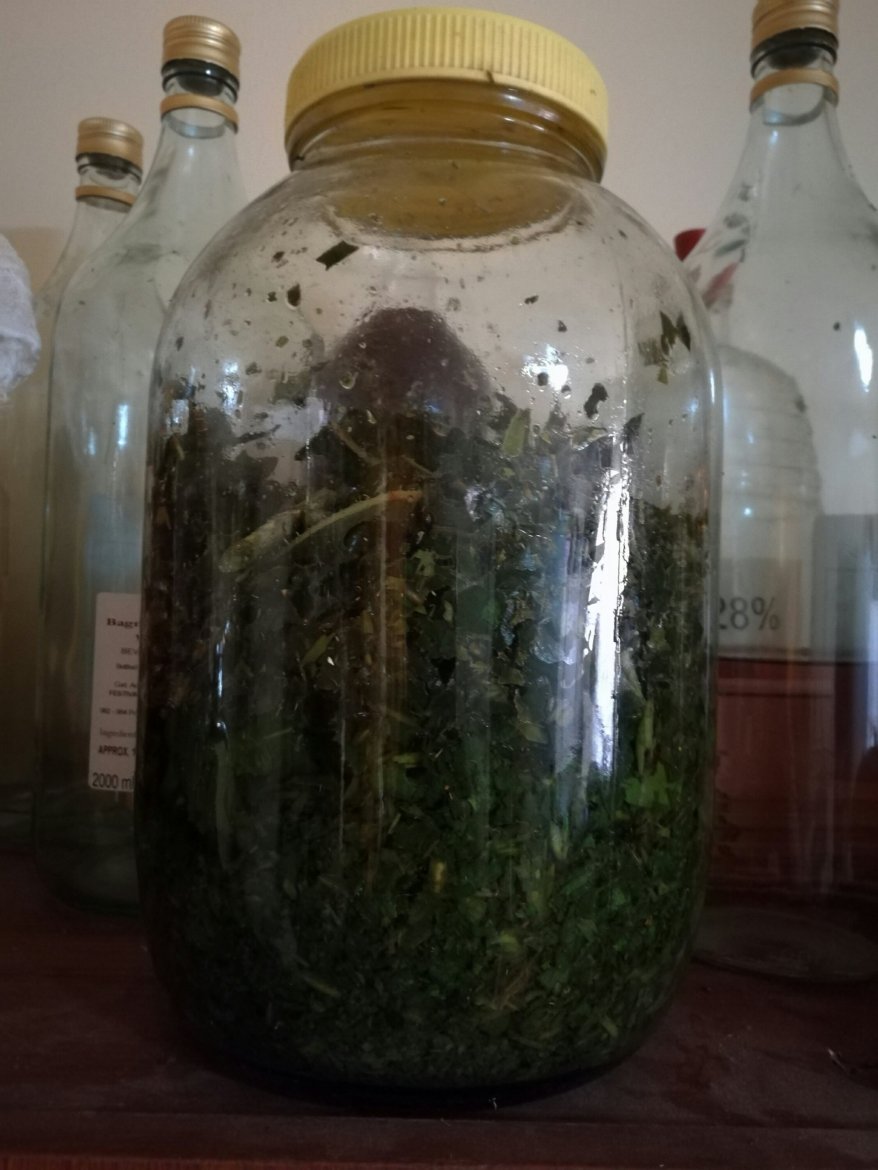 We made up what will become a litre and a half of potent, pain killing liquid in a couple of weeks. Wild Lettuce contains potent pain killing compounds associated with opiates but not addictive.

Actually, all lettuces contain these compounds and they are at their strongest when the plant goes to seed. Ever notice how bitter a lettuce becomes when it bolts. That’s a good sign that it’s worth eating.

You’ll read in some herb books that lettuce is a ‘soporific’, that is, that it induces sleep.

They’re talking about the milky sap in the stem and are talking about old style lettuce, not the watery, tasteless stuff from the supermarket. Of course, even these have some of the magic compounds, but you’d need to eat a truck load to get a good night’s sleep! 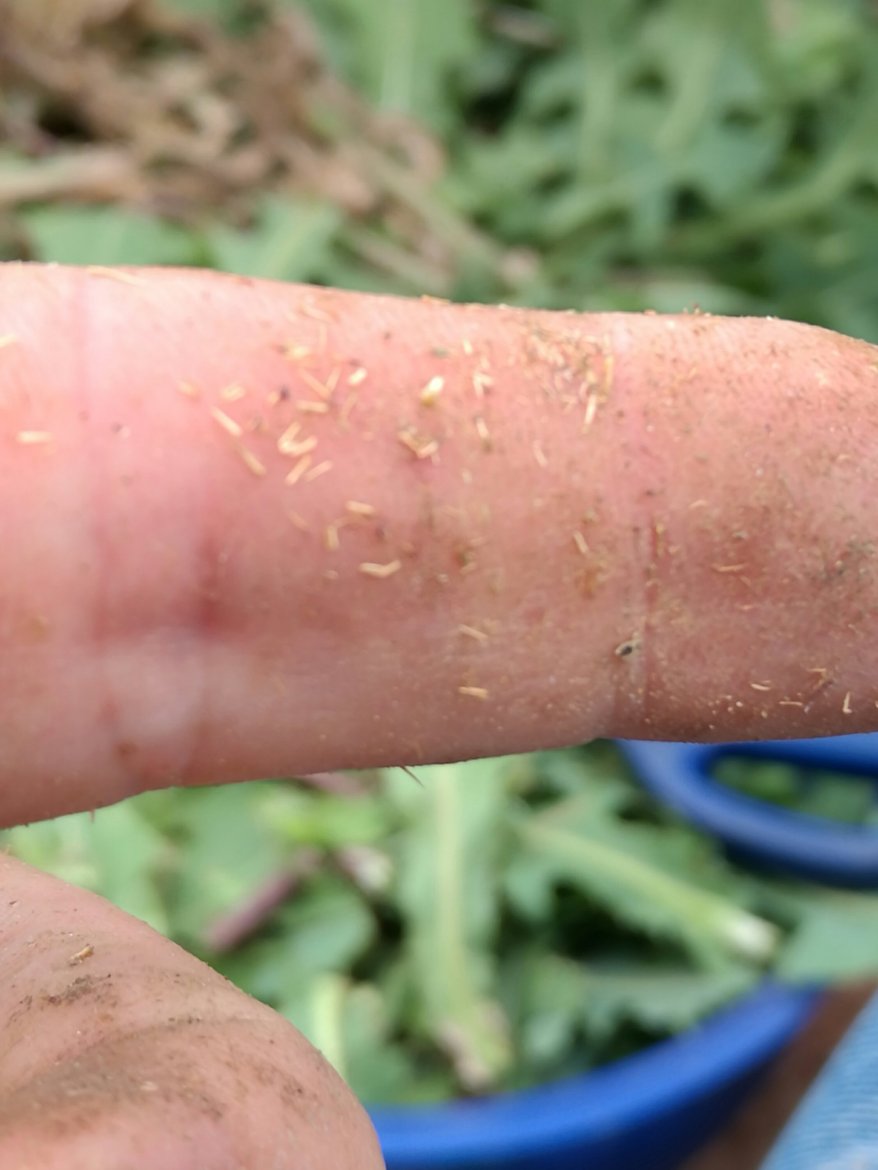 The joy of Prickly Lettuce….Prickles!

I’ll spend the next week getting the prickles out of my fingers!

For you folks who may be wondering, the picture of Mercy is of her eating the leftovers. While she did advise on the manufacturing, if you get any of this, it won’t have been processed by a chicken!

Jelina was pretty happy with the growth of the Guava tree, even though it was only a quick glimpse as the rain started.
Sunny #winter days are great for #fertilizing the garden, especially with liquid fertilizer.
We've got an article in Australasian Poultry magazine, all about our #chickens, the chook house and how they integrate into a small #urbangarden.
We did another live show today. It's the last of the lockdown videos because, hopefully, we'll be out of lockdown tomorrow.