Posted on June 5, 2022 by ligayagardener 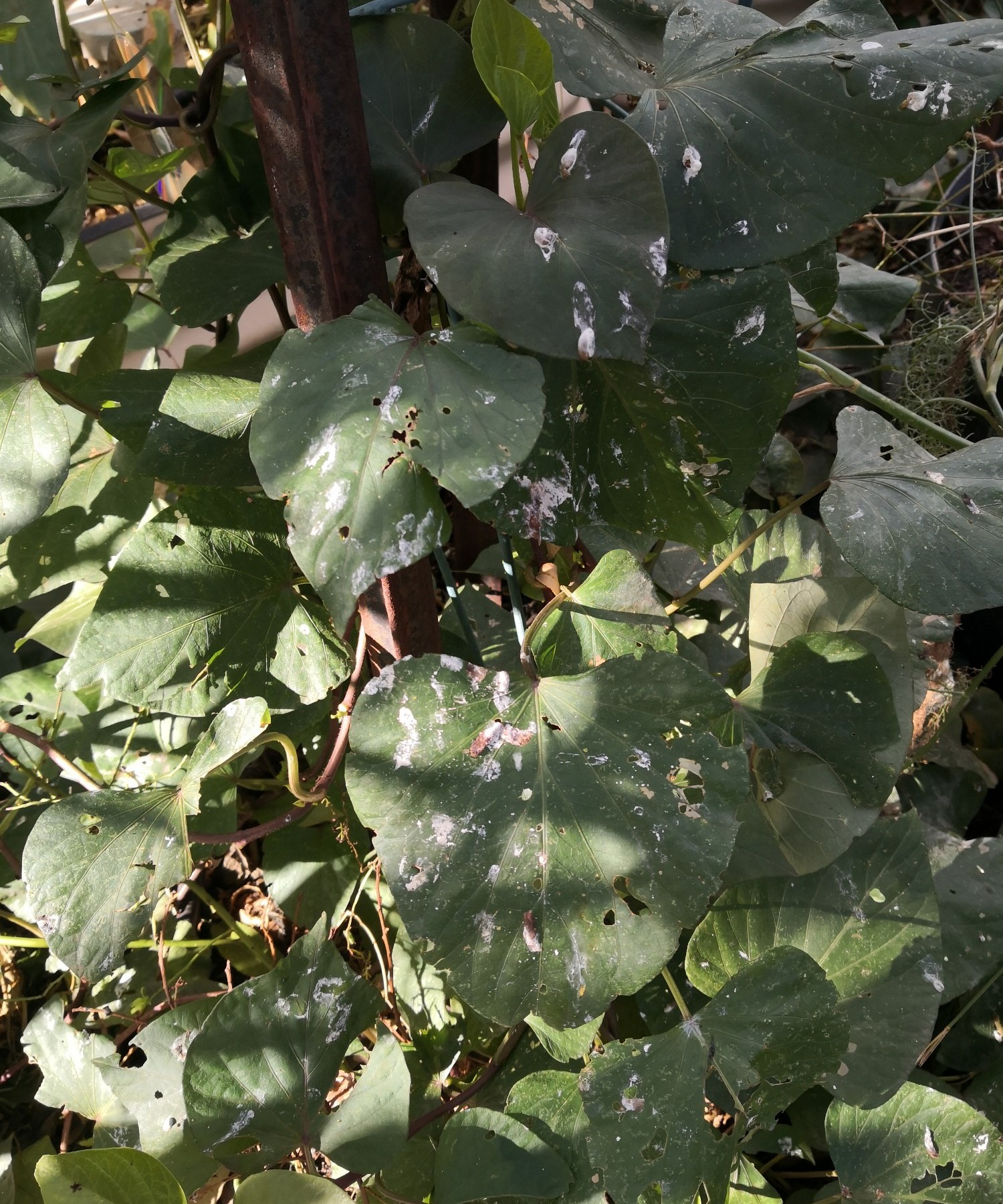 At Ligaya Garden, we have a resident flock of around 20 noisy Sparrows that keep us entertained as well as provide a cleanup service around the garden. One of their other jobs is to compete with and clean up after the chickens for spilled grain and other bits and pieces. They also contribute greatly to the control of pests in the garden.

They were causing one problem though – they sit on the chook house gutter and poo onto the fence, leaving unsightly stains. A problem is just an opportunity, so I got to thinking ‘ can I use that mess’? Of course, the answer was ‘yes’!

Sparrow poo should be rich in some nutrients, just like any other kind of poo, so we should be able to use it on the garden too. I didn’t feel like climbing a stool to scrap the poo off of the fence too often – I’m getting a bit wobbly as I age and like to keep my feet on the ground, where they are supposed to be.

I stepped back from thinking and had a cup of tea and that’s when i saw the wheelie bin that I am using to catch rain from the chook house roof. That’s the solution! Rather than try to keep the Sparrow droppings out of that tank, I should let them in and make the roof and the tank a SPFS (Sparrow Poo Fertiliser Station – I love making acronyms)! I just had to direct the droppings straight into the gutter at the back of the chook house.

That problem was also resolved by something that was already there – we had some building mesh sitting along the fence and the Sparrows like to sit there too. I simply raised it up a little so that the birds would now sit on that instead of the fence and bent it a little so that it sat over, rather than next to, the gutter. Now most of the droppings are dropped into the gutter, flushed and partially dissolved by the rain and washed into the tank to brew up for a while. I decided to put a coarser filter over the tank inlet so that a lot of the poo that was filtered out in the past could make it into the tank while larger debris is still excluded.

It’s not a bad setup. I don’t know how strong Sparrow poo is but it must have some goodies in it, especially nitrogen, phosphorus and calcium – all things a food garden is hungry for. I won’t leave it at just poo but will put net bags of weeds in the tank to double it up as a weed tea fermenter.

In a small space and without much money, you have to be creative if you want to grow your own food for free, so make your problems work for you!

← Ready for Winter (almost)…
Up close and personal with a few predators. →