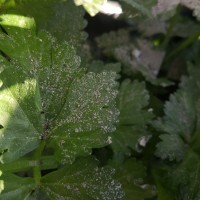 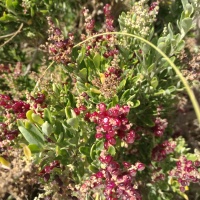 Apple Cider Vinegar is well known for its health promoting properties but it can be a little expensive to keep buying it. However, there is good news – you can make your own Apple Cider Vinegar (ACV from here-on to save me a bit of typing), very easily, in the comfort of your own home.

You need to source a thing called a ‘Mother of Vinegar‘ (called a ‘Mother‘ for short). This is the cloudy sediment that you see in your bottles of unpasteurized ACV. You may also see it as a translucent film over the surface of the vinegar.

A Mother is a rubbery (though surprisingly, not slimy) chunk of goodness that forms in and floats on top of your apple juice and converts the juice into vinegar. A mother is really a colony of various yeasts and bacterias that like to work together. What you see floating are matted strands of proteins, yeasts and bacterias.

Some of the bacteria and yeast species ferment the sugars in the apple juice into alcohol (cider). The rest survive the fermentation and convert that alcohol into vinegar. The bacteria and yeasts are throughout the liquid but we see them grouped together as a sediment of a floating mat of cellulose and organisms.

It’s easy to get a Mother down our way, as lots of people make their own vinegar. Our Mother is about three years old now and came from a friend. Parts of it have been shared to a lot of people.

If you can’t get a Mother locally, then this post is for you (of course, you could always buy one online but where’s the fun in that?).

How to get your own mother for free:

The good news is that it’s extremely simple to grow your own Mother without much expense beyond the price of a bottle of ACV or even just a couple of apples. There are two ways thay you can go about it:

The quickest method to get your own Mother is to buy some unpasteurized Apple Cider Vinegar, pour the contents (including any sediments) into a sterilized, wide mouth jar and cover the jar with some cheesecloth or similar to keep bugs and dust out. Add about 30 % apple juice to feed the bacteria and yeasts.

Put the covered jar somewhere warm but out of direct sunlight and leave it for two weeks to a month.

Optional: You can add some sugar to kick things off but it’s not really necessary.

When you check, the liquid will have at least the beginnings of a rubbery film over the top. That is the Mother and you need to add some apple juice leave it for a couple of weeks to thicken up.

If nothing’s happened after a month, check to see if the apple juice has gone cloudy or if there is a sediment at the bottom of your container. This indicates that there is action happening but the floating Mother hasn’t formed yet. Leave it to do its thing for a couple of weeks. If no action has happened after that, discard your experiment and start a fresh batch using a different brand of ACV as your starter. Some brands leave the Mother in the vinegar but sterilize the whole lot, killing it. In other brands, it is genuinely alive.

#2 Use left over apple pieces

This is a great use for apple cores and leftovers. It’s a slower process than that described in #1 but I think its more satisfying.

All you need to do is to put some apple cores, peel or apple chunks into a sterile, wide mouthed jar and cover them with water to a depth of a couple of centimetres. Keep the apple bits submerged below water any way you can.

Optional: You can add some sugar to kick things off but it’s not really necessary

Then cover the jar with some cheesecloth or similar and tuck the jar away somewhere safe that’s warm and out of direct sunlight.

After a two weeks to a month, you will see cloudiness and sediment or the distinctive, rubbery film of a Mother floating on the top of the water. Feed her with a little apple juice and leave for a week or to allow the Mother to thicken up.

The times above are just suggestions. The actual time will depend on a few things such as the temperature or the bacteria that you have around. It will work eventually and you may even get yours more quickly than my suggested time frames.

How to make ACV with your new Mother

There are few things in fermentation that are simpler than this. All you have to do is to put apple juice and your new Mother in a large, wide mouthed container and cover with a coarse cloth to keep the bugs out.

Keep the container somewhere warm and after about two weeks, you can start to sample the apple juice which is in the process of being turned into vinegar. If it’s not vinegary enough, leave it for longer and take a little taste every now and then to see if it’s sharp enough.

When it’s good enough, pour off the vinegar and add more apple juice and the cycle will repeat. It will be a little faster this time because the Mother has grown (she will grow a lot) and there are bacteria all through the liquid that’s left over.

I use a 10 litre beer fermentation barrel for ours. These are big enough to hold about 5 litres of juice and to allow the Mother to expand. Five litres is how much we use in a usual, warm weather cycle. Your quantity may be more or less.

You can use smaller containers, even jam jars if your needs are very modest. Also, if you don’t like the cloudy look, just strain the vinegar through a coffee filter of double layered cheesecloth before you use it. Put the filtered residue back into your vinegar container – it’s alive and will keep working.

When your Mother has grown too large for your container, you can remove her, cut some off and replace the amount you want to continue using. I usually remove our Mother when she is about 2 cm thick. If you let her grow too thickly, she won’t be able to get to the apple juice as easily as she grows from the bottom upwards.

I usually freeze a little in case the active Mother dies (which is practically impossible if you keep the cycle going) and the rest goes onto the worms or into the chook run – the girls just love it and seem to enjoy the challenge of tearing it apart.

If you add your excess to your worm farm, rinse it first to remove excess acidity and cut it into small chunks so that the worms can get a better bite out of it. As the Mother is composed of bacteria, the worms can start to eat it straight away and it will disappear quickly.