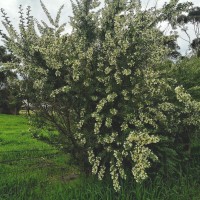 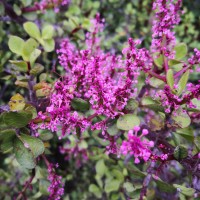 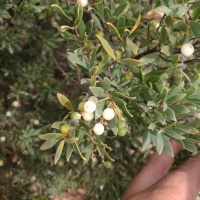 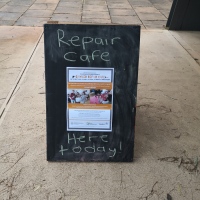 Warnings: Use gloves and cover your skin when handling any kind of Nettle.

The Nettle that we get here in South Australia. are not the Nettles that are covered in many common herbals. That one is the perennial Urtica dioica, ours’ is Urtica urens, an annual.

Nettles (Urtica urens) can be used externally to stimulate local blood flow, this can bring relief to arthritic joints. The process is called ‘urtication’ and uses the leaves and stems applied vigorously to the skin around the joint. Some go as far as whipping the joint with the Nettles.

A bit extreme in my view, but it does work. I subjected myself to some gentle rubbing on my elbow this year and, like magic the pain vanished temporarily. So, if you’re suffering from the constant pain of arthritis, it can bring you relief.

In the old, old, old days it was recommended for men to whip themselves on the lower stomach, between navel and genitals to increase potency and arousal. Hmmmm? Maybe that deserves two Hmmmm’s…

Nettles are bitter, sweet and stimulating. They are a great restorative and tonic for any form of exhaustion. They work on protein pathways throughout our bodies (remember, protein doesn’t just refer to dietary intake here, our body’s communication system is bases on transmission of proteins), so can help restore damaged systems that have atrophied or become inactive through illness. The herbal term for this is ‘trophorestorative’. As a trophorestorative, Nettles have been used to restore thyroid function and to balance hyperthyroidism.

Urtica has a special affinity for the kidneys, nourish them and helping with elimination. Nettle seeds, in particular are famous for their ability to restore kidney function. This makes them a great boon for fluid retention and blood pressure issues.

Nettles are a highly nutritious food, they contain high levels of practically anything that’s good for us, especially iron and protein. In tough times, people have lived solely on nettles. They have been used as food, medicine, fabric, paper, compost activator and companion plant. The taste of Nettles is described as ‘proteinaceous’ or ‘meaty’, both allude to what some consider its meat-like taste. Indeed, when you get healthy, very dark green, Nettle leaves from rich soil, the taste is kind of like meat and will stay around in your mouth for a while.

As with many plants, the way that nettles grow can show us how they can help us. Nettles thrive on rich soil, they love nitrogen,moist soil and concentrate all that goodness for us. Their properties as remedies reflect those growing conditions.

Our nettles lack only one of the properties of U. dioica, that is the root. Ours doesn’t produce a strong root. That root has properties especially beneficial for men. It has a property that binds with compounds in our body and prevents them from binding with free Testosterone, leaving more in the system for use.

Our sex hormones have very deep and powerful effects throughout our bodies and minds, not just with reproduction. Many men nowadays suffer from testosterone imbalances..

Nettles are good for the kidneys, restoring and improving their function. This means that Nettles are a mild diuretic (makes you pee) and therefore have a slightly drying effect on the body. Taken as a tea, they should be OK, but when taking a tincture, it probably helps to drink extra water…which will be effectively flushed by your improved kidney function..hooray!

Now the bit that I like most. Nettles are excellent for hayfever. Something in the Doctrine of Signatures here. Often something that causes redness and soreness can improve these same symptoms.

You will see Nettles listed as an anti-histamine. They are, but not in the sense of pharmaceuticals which you take when you already have too much histamine being produced. Nettles (much more sensibly in my book) help reduce the body’s need to produce all that histamine in the first place.

For seasonal allergies, it’s best to use Nettles preventatively, to start taking them as an infusion when they start to appear in the wild or in your garden. They’re best when taken for a month or so before the allergy season starts, so they can get the body working well in preparation.

Our friends Nettles also have properties that affect our moods. They are listed as containing Serotonin. That’s a bit up for debate from what I have read. There are claims that they contain the chemical, some that they stimulate it’s production, and even other claims that they reduce its production. There’s well founded arguments for each claim and I’m beginning to form my own pictures of how this aspect works, as you will need to if you want to address this aspect of their healing properties.

So I wouldn’t rush out and stop taking all your meds and start drinking gallons of tea! However, taking Nettles, even for just their nutritious effects will bolster moods and energy levels, as well as clean out some of the toxins in our systems through their actions on the kidneys.

A cup or two of Nettle tea can work wonders for us then, for so many reasons.