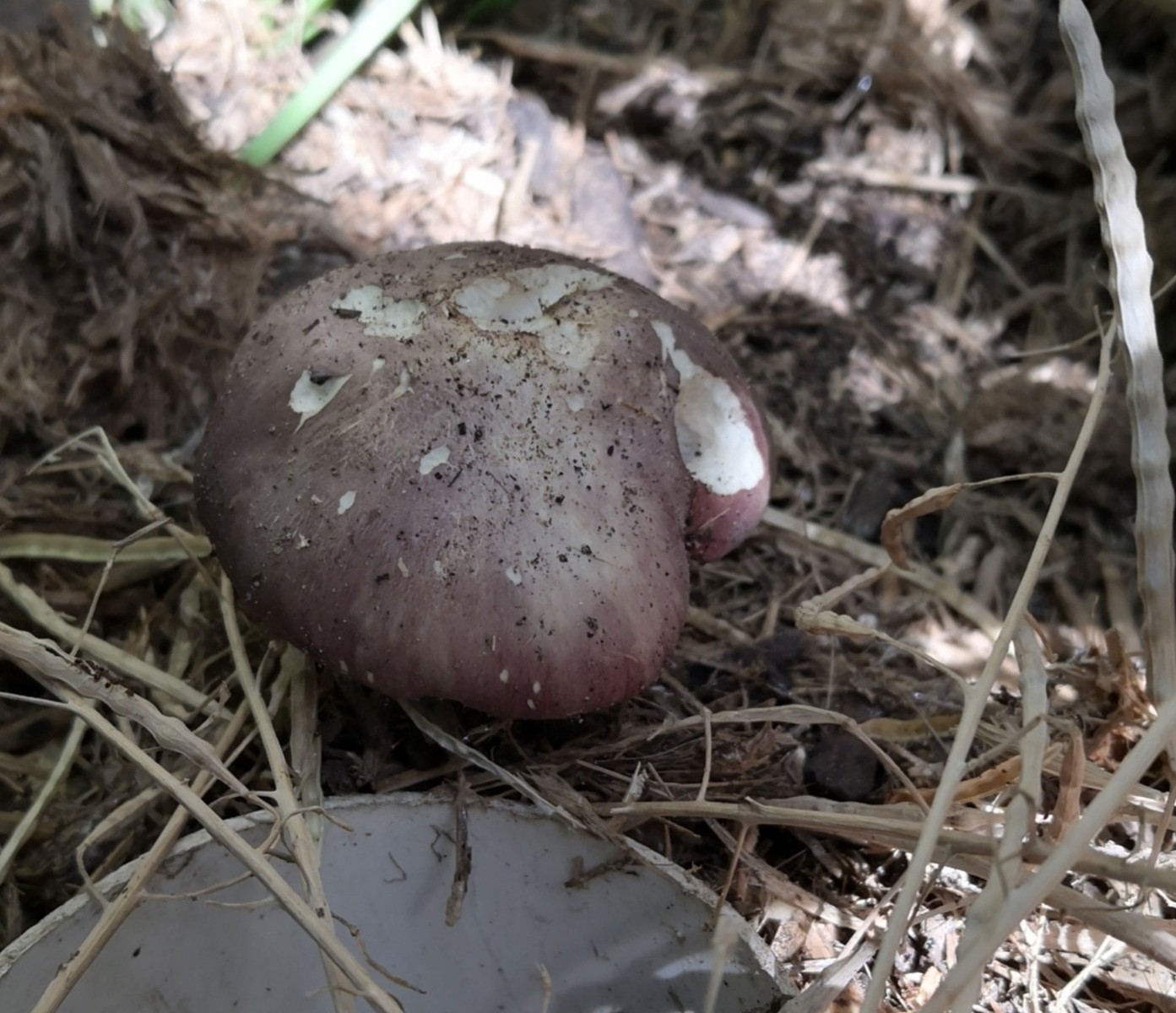 We often get asked for gardening tips, so have decided to do a weekly post describing things we do to keep our garden going well with very little effort.

I’ll collate them on this page in our blog.

Even if you’re a bit wary about eating mushrooms from you’re garden, there are great benefits from just having them there.

Of course, there are evil fungi that cause diseases such as Peach Leaf Curl. I’m making a very arbitrary division and just talking about the beneficial ones.

Fungi aren’t plants nor are they animals, they’re in their own Kingdom. If you do a little research of your own, you’ll see why.

For our purposes, I like to think of fungi as the living interface between plants and both organic and inorganic material.

Before we go much further, I’ll let you in on a little secret. The mushrooms and toadstools that you see are only the fruiting bodies of a much more complicated organism. They are the part that spread the spores so that the fungi can reproduce and spread themselves around.

The really interesting part of fungi is those masses white threads that you see when you pick a mushroom or move some long neglected mulch. They thread their way through the organic matter and they are the part of the organism that were interested in.

These threads are called mycelia (mycelium is the singular) and are absolutely fascinating.

-Mycelia of some fungi actually penetrate into the root cells of some species of plants (I suspect that its really all plants but we just haven’t seen it in all of them yet). This allows more nutrients to be more efficiently absorbed by the plant. It also increases the surface area of the roots enormously, also aiding in nutrient and water uptake. This increases plant health and resistance to disease.

-Mycelia have been found to be a key in plant communications. I’ve read papers on how they allow plants to balance out water access between trees in forests and how they spread warnings from damaged plants to other trees.

You might be beginning to get the picture. Mycelia are like a living web between all parts of the garden – the plants, the soil and you. It’s like having your own internet in the soil.

When we started Ligaya Garden, we imported 3 cubic metres of mushroom compost. Often, this is sterilized when you buy it but we struck it lucky.

For two years we had a regular supply of the regular, white mushrooms that you buy on shops. Literally kilograms of them over that time, we are, cdrued and shared them around.

Then something changed, I started to get sick when I ate them. Nobody else did on the third year but by the fourth year, everybody who ate them complained of stomach upsets. We all stopped eating them, of course.

Then we began to hear of others who had their little mushroom patches in their gardens or lawns every year. They were getting stomach problems too.

There is a mushroom that looks very similar to the regular white ones, it’s called a Yellow Stainer. They’re called that because if you break a bit off or scratch the mushroom, the injury gets surrounded with a yellow stain.

The worst thing is that they hybridised with our regular mushrooms and make their offspring toxic.

Not all of ours had yellow stains, very few in fact, but we just stopped picking and eating them.

Having them here, even if we don’t use them still brings the benefits of having a mycelial web in the garden, it just means that we can no longer proudly proclaim that ‘you can eat everything here’ as we used to.

The pic at the top of this post is of a King Stropharia mushroom. It’s an edible species that, with a little encouragement, likes to live out in the garden.

I tried growing them in containers but it didn’t work, they like to be close to the soil. I tipped the containers contents under the Plum tree and forgot about them, thinking I’d just made sone expensive mulch.

Three days ago, I was watering when I saw the little fella in the pic. Slightly bird pecked but definitely a King Stropharia.

I dug a little into the mulch and was very happy to see a web of mycelia as well as a handful of pins (that’s the little white baby mushrooms that form from the mycelia).

The next day, of course, mama Blackbird had been to investigate and had scratched a lot of it up. I covered the area with shade cloth and have it a water and now wait…hopefully.

So there you go, good reasons to encourage fungi into your garden. It’s the wrong time of year now, heading into Summer, but as the seasons change, I’ll post on the various kinds of Fungi and interesting Molds that inhabit Ligaya Garden.